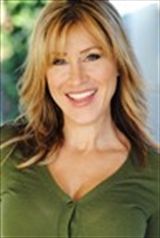 From the absurd to the earnest, nothing is offlimits! But most of all, this is the fierce and fearless story of how one woman faced her body-image challenges and insecurities, took on the most competitive business around, and realized that she—like women everywhere—deserved to feel beautiful. Lisa Ann Walter is an actress, comic, and television creator and executive producer of programs including Oxygen network's Dance Your Ass Off. Best known for her work in movies like The Parent Trap, Shall We Dance, Bruce Almighty, and Killers, she is also a well-known name on the standup comedy circuit. She lives in Los Angeles with her four children—one foot firmly planted on the red carpet . . . the other in Costco.