Owen O’Kane reveals how to choose new, healthier perspectives and ditch harmful patterns in the 10 key areas we all overthink about or manage poorly. 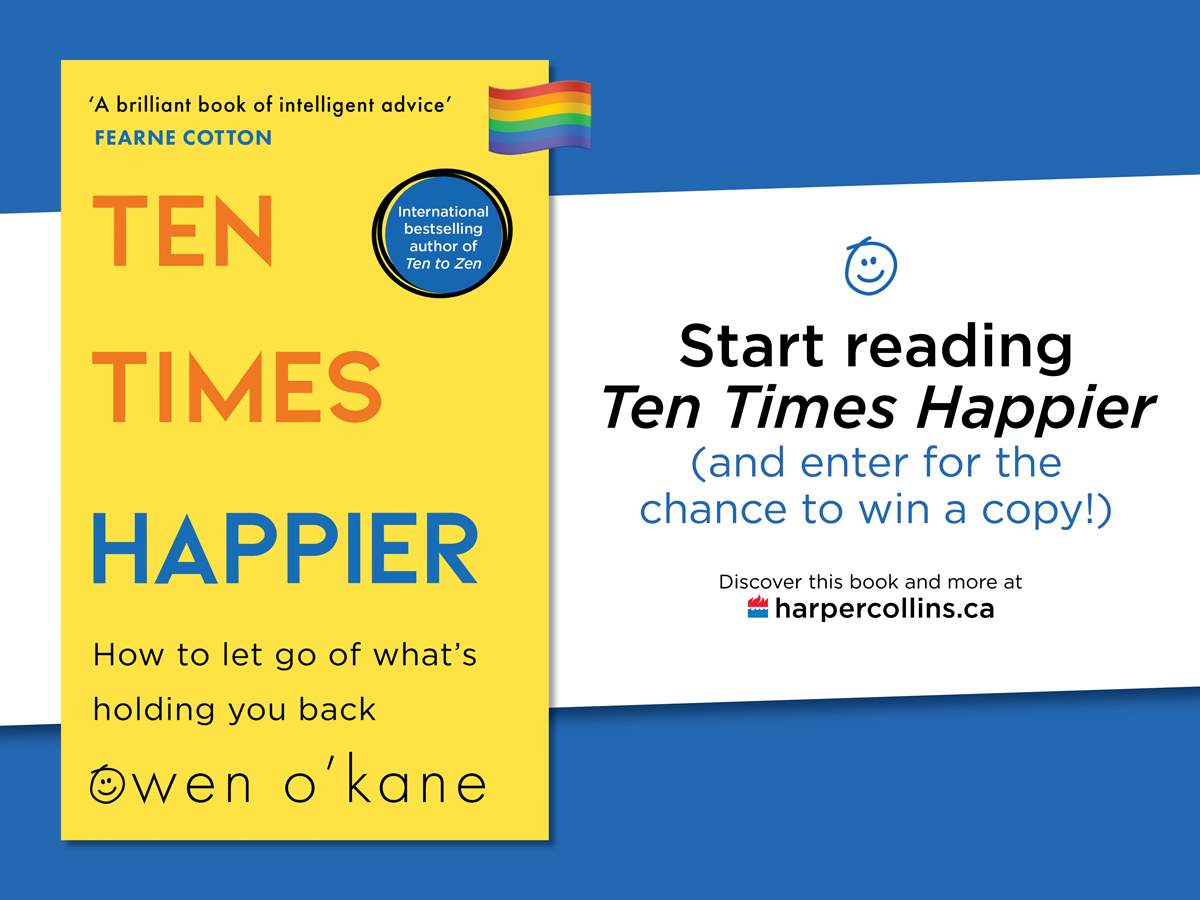 THERE WILL ALWAYS BE VARIABLES OUTSIDE OF YOUR CONTROL OR POWER

Have you ever watched a duck trying to swim against the natural current of a river? It gets bounced around, looks confused, gets separated from the others, and ultimately exhausts itself; the current is always stronger. And this is true of the flow of life.

Learning to go more with the natural flow of life leads to more ease and a smoother journey, and it lessens the burden of trying to control everything that happens.

I believe letting go of the future doesn’t mean you can’t plan or hope for a future but it does mean you need to let go of those things that aren’t controllable. This involves learning to accept the uncertainty of many parts of life! I know this is tough but it’s an option that will bring you much relief.

If you struggle to relinquish apparent control on the future, you may well perceive life as:

This is an uncomfortable way to live and will certainly be making you unhappy.

You will at this stage know that all behaviours arise as a result of underlying psychological processes and understanding this is crucial. This is true of struggling to let go of controlling the future. In my experience, there are four major mechanisms at work here:

FEAR OF THE FUTURE

Fear is probably one of the most powerful human emotions. It is driven by our threat system (the brain mechanism that protects us), and when activated it is a force to be reckoned with. When you are frightened of something in the future, your instincts can send you in a few directions as you might try to:

Living in a world that is filled with threat and unpredictability (politically, socially, economically and personally), it’s not surprising that we try to manage the future.There is a problem though. Often fear-driven instinct takes up a lot of energy and exhausts your personal resources.Your internal voice may be telling you that trying to control the future is the right thing, that controlling it will reduce your fear and keep you safe, but often it doesn’t. Remember, this isn’t about situations when a fear- driven response might be healthy, e.g. if you were running away from a dangerous situation. This is living in a perpetual state of trying to control or pre-empt the future in some way. You will be left depleted and feeling powerless. You will also miss many positive parts of the life you have now.

INTOLERANCE OF NOT KNOWING

Earlier, in the chapter on worry, you may remember the definition of anxiety as an ‘intolerance of uncertainty’. I think when you become excessively focussed on the future, it relates closely to worry. It is the worry of not knowing what’s coming next. If you don’t have concrete guarantees on what the future will bring, the brain can trick you into believing you can regain control by planning, predicting or worrying about the future. This becomes a means of managing the discomfort of not knowing.

When I discuss this with clients who are pre- occupied with the future, they often look alarmed at first. The thought of dropping the safety net of future-focussed concerns is new territory. But it’s beneficial in the long run.

I overheard a fascinating conversation on a train a few months back between an elderly father and his son. The father was likely in his late seventies and the son late thirties. The son was discussing various aspects of his life with his father. His new mortgage, savings, university plans for his children, savings accounts for his children’s weddings and so on.

I could hear the son was anxious and absorbed in future worries and planning.The father listened intently to his son for at least fifteen minutes, and then asked, ‘How is life at the moment?’ The son paused, and responded, ‘What do you mean?’ His father then asked, ‘How are the kids enjoying school? How is Susie [the man’s wife, I assumed] enjoying the new job?’ There was another pause, and it was clear the son was struggling to answer. He didn’t really know. He had gotten so caught up in the future.

I was intrigued listening to this conversation, when suddenly the father said, ‘Be careful, son. You’re missing the best moments.’

Let me put a question to you. Are you missing the best moments? If so, you have an opportunity now to rethink and weigh up whether living in the future really serves you as well as you think.

My motivation to become a psychotherapist was influenced by this topic. I worked in the field of palliative care, in my early career. In this area of care, there are often discussions about ‘psychological pain’ as clients face their own death. Research shows that physical symptoms worsen with increased psychological distress, often linked to fear of dying or some angst about mortality.

Many studies by Buddhists, philosophers, exis- tential writers and psychologists show that mortality creates distress for some people leading to questions such as ‘What’s it all about?’, ‘What the purpose of life?’ and ‘What’s my purpose?’ Again, the not knowing the answers to some of the great mysteries around life and death creates discomfort in the here and now. The escape to the future can be used as a way of avoiding this or trying to find answers somewhere in the future.

Ironically, much of the research in this area informs us that many people find more meaning and peace by living in the here and now.

Each of us has ego states. These states consist of how we think, feel and behave, making up our personality. Some aspects of these states can some- times be a little uncomfortable to acknowledge. For example, if we have a need to be in control a lot of the time this might create challenges in an uncer- tain world. However, they are part of being human. I once had a supervisor who would joke about keeping an eye on the dictator within, who was out to take control of everything!

A major contributor to our egos is our need to be in control – to know, to manage, to take charge, to conquer, to succeed.

When it comes to living in the future, the ego can try to take a lead as the hero who holds it all together. Our egos will attempt to manage our destiny and captain all of life’s trials.

Awareness of this is important because sometimes your ego state may not want to relinquish control of beliefs such as:

I guess the ego can be a little like a pompous well- meaning friend who believes they know better about most things, when sometimes they might just need to accept that they don’t, and they can’t be in charge of everything around them.

Ten Times Happier will be available in bookstores across Canada and online on July 13, 2021. Click the button to learn more.