One hundred years. Seventeen assassins. One hell of a ride. 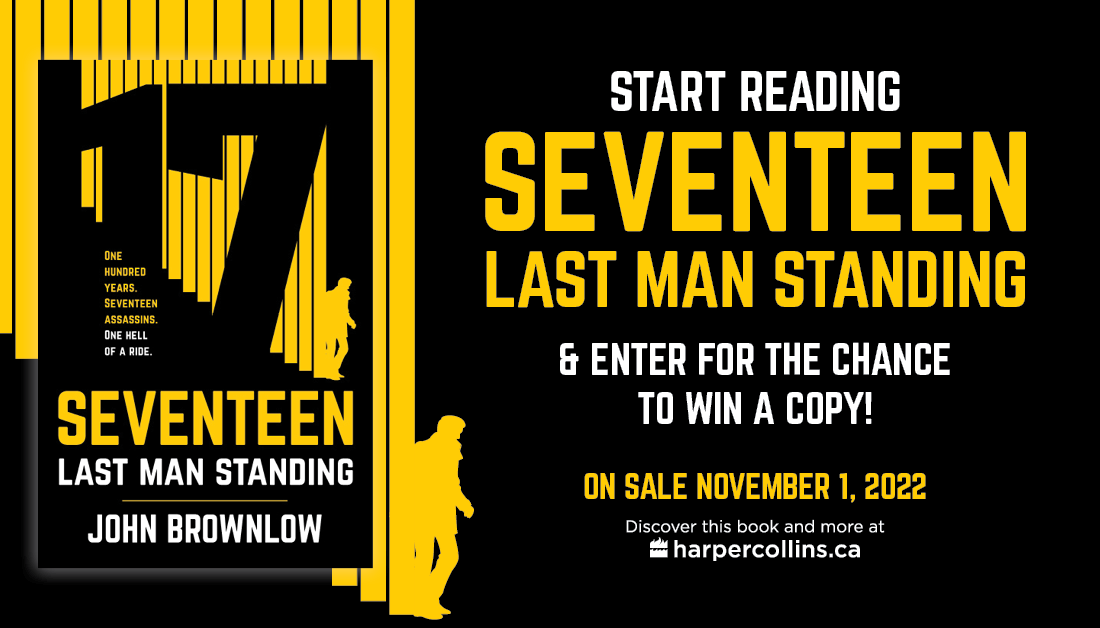 Being a spy, it isn’t what you think.

I don’t mean boring as in dull.

Sitting in a cubicle, one of a hundred identical little beige cages, wearing your office shirt and your office shoes and your office tie, listening to the hum of the AC as you wonder what the special will be today in the commissary, fantasising about allowing yourself a non-decaf after 11.30 a.m., as you pore over six-month-old Azerbaijani newspapers in the hope of scraping some pointless little tidbit of information about exploitable tensions in the lower levels of the Baku political hierarchy.

Baku is insane, by the way. Off the hook. Like Dubai on steroids, but with more arm wrestling. They like jam in their tea and the national sport is played to a musical accompaniment. But you don’t know that because you haven’t been there.

That’s because you’re a spy – or, as your job title reminds you at each increasingly negative performance review, an analyst – stuck four feet from your co-worker who has yet to be introduced to the marvels of modern deodorant technology, wearing shitty government-issue headphones that make your ears hurt because the padding wore away six months ago and there’s a freeze on spending on account of Congress can’t get its head out of its ass for long enough to pass a budget.

And so your life ticks away heartbeat by heartbeat as you listen to interminable, poorly recorded conversations between Omar The Taxi Driver and Hussein The Fruit Vendor discussing the relative merits of the offside trap in the diminishing hope that at some point they will reveal why Omar’s brother-in-law, who now lives in Toronto and has introduced them to the exciting world of NHL hockey, suddenly has more money in his bank account than you earn in a year, or are ever likely to.

It’s not all bad. Sometimes they let you scan satellite pictures of the Eritrean or Mongolian desert until your eyeballs bleed. The most exciting moment in your career so far came when you thought you’d spotted a missile silo under construction on the North Korean peninsular but when you took it to your supervisor she pointed out it was a sewage treatment plant.

But, you know, points for trying.

What I’m saying is, all that stuff you see on TV and in the movies? Travelling to exotic locations where you burn rubber in brightly coloured exotic sports cars, sprint across rooftops under fire from automatic weapons while performing parkour, fuck glamorous personalities of diverse ethnicities and suspect allegiances, and blow interesting people’s heads off using silenced weapons for reasons that remain opaque until the third act, at which point they come roaring back to bite you in the ass?

There’s none of that.

Not even a little bit.

The Bugatti Veyron is overkill, but the expenses for this job were particularly generous and if I have one motto it is this: ride the horse in the direction it is going.

Today the horse is lemon yellow and purring along at 204 km/h in the outside lane of Bundesautobahn 9 en route from Munich to Berlin, just outside Nuremberg. Half of me wants to make a detour east to the Nürburgring and do a couple of loops around the circuit, but you have to leave some fruit on the tree. It isn’t even halfway to its top speed but I’m trying not to appear any more of an asshole than is absolutely necessary.

Because today it is absolutely necessary.

There are two schools of thought about visibility.

You can either be visible, or invisible.

There is no in-between.

Invisible means: you’re the harried middle-aged woman juggling her handbag and the Starbucks cup as she fumbles for her ID on the way through the security checkpoint. You’re the janitor with poor English and thinning hair sluicing the floor with a mop around the tables where a brace of Harvard legacies are discussing whether it’s better to rent a floatplane or a yacht to get to the island and can’t even be bothered to move their feet. You’re the grey man on the subway with greasy hair and patches on his elbows who looks like an out-of-work antique dealer down on his luck, toting a plastic shopping bag full of old books back to a safe house, where you will steam open the flap of one of them to reveal new identity documents.

You have no digital footprint. You do not use credit cards. You use burner cellphones which you change every week, or more often, or preferably not at all. Wherever possible, you communicate using physical means, from dead drops to the postal service. You remain analogue in a world of ones and zeroes.

The problem with that?

It doesn’t work. Not any more.

Biometrics will fuck you up. And not just automated facial recognition, which is everywhere. You could put a paper bag over your head and the AI will pick you out by your gait, by the way you favour one leg over the other, by the way you over-pronate, by your flat feet, by the cock of your hips or the way you wiggle your ass. And good luck crossing an international border unless you’re carrying a passport from a country that doesn’t use biometrics yet, like Russia, which will draw all the attention you need and more.

The other school of thought?

When people see a supercar, all they see is the car.

Nobody gives a shit who’s driving it. At best they see some loathsome Private Equity lizard, a dotcom bro, some minor Saudi princeling, or the Botoxed trophy wife of a Central Asian mobster-turned-oligarch. Nobody wants to meet their eye. They look away.

I’m none of those things, but the blazer and the Rolex and the open shirt and the sunglasses and the slicked-back hair let them make up their own stories and judge me accordingly.

You’re judging me now, I can feel it. You want to look away.

In Berlin, I pass up the opportunity to gawp at the remnants of the Wall. Those Cold War days seem almost quaint now, desperate people floating over the wall in balloons or splashing knee deep in shit through sewers or lying bleeding to death in the no-man’s land between the inner wall and the outer one, victims of the snipers in the East German sentry towers, harried Stasi officers hurrying out in unmarked cars to snaffle up the bodies before the bad news could leak out.

The irony was that East Germany didn’t stop at the outer wall. That wasn’t the border. The East Germans built a buffer zone of a few yards to allow them to maintain the western side of the wall if they needed to, but which was also open to the West. The West German authorities had no jurisdiction over it, and it became a party zone, a true no-man’s land, a place where no law could reach you. There are stories from back in the day of bodies being dumped there with bullets in the backs of their heads. The CIA would dump their victims in the French zone, the French in the British zone, and the Brits in the American zone, which tells you more about the state of Western diplomatic relations between nuclear powers at the height of the Cold War than a four-year political science degree.

I head past the tourist trap that is Checkpoint Charlie, and turn down into the underground parking of one of the soaring glass-and-steel banking monoliths just off Potsdamer Platz. The moment he sees the Bugatti, the valet shoots out of his little cabin. He barely even clocks me, so intent is he on the car. He’s sixty if he’s a day and from his expression he just got the first natural hard-on he’s had in a decade as he slid into the gloriously supple leather of the bucket seat.

‘Don’t scratch it,’ I tell him. I don’t give a shit, actually, but I want to make him sweat so his fingerprints are easy for the forensics to lift. Underneath, they won’t find mine, thanks to the calfskin driving gloves, but you can’t be too careful.

I take the ticket and head to the parking elevator.

He doesn’t see me put it in the trash.

I give the Bugatti a last look as he drives it away.

And think to myself: I fucking hate that car.

I haven’t told you my name. That’s because it isn’t mine any more. It belongs to somebody else, somebody who used to be me, somebody I stopped being a long time ago. There probably aren’t ten people alive who have a memory of that person, not because I did anything to them, but because that person was a nothing, a nobody, a cipher, a sentence that had no meaning.

To people I meet every day, I’m whoever it’s useful for them to think I am. It’s not a question of acting any more than acting is a question of acting. It’s about being. The great thing about having no actual identity, no fixed personality, is that you can slither from one persona to another like one of those naked hermit crabs sliding into a new shell every time the dishes pile up too high in the sink of the old one.

To people in the business, I’m one word.

Younger than you expect.

One of those American accents that’s hard to place.

If you don’t like me, that’s okay. It’s not a business where being liked is a big deal.

Seventeen, because there were sixteen before me.

Seventeen: Last Man Standing will be available in bookstores across Canada and online on November 1, 2022. Click the button to learn more.

Enter for your chance to win a copy of
Seventeen: Last Man Standing by John Brownlow