Nine Lives is the heart-pounding story of nine strangers who receive a cryptic list with their names on it—and then begin to die in highly unusual circumstances. 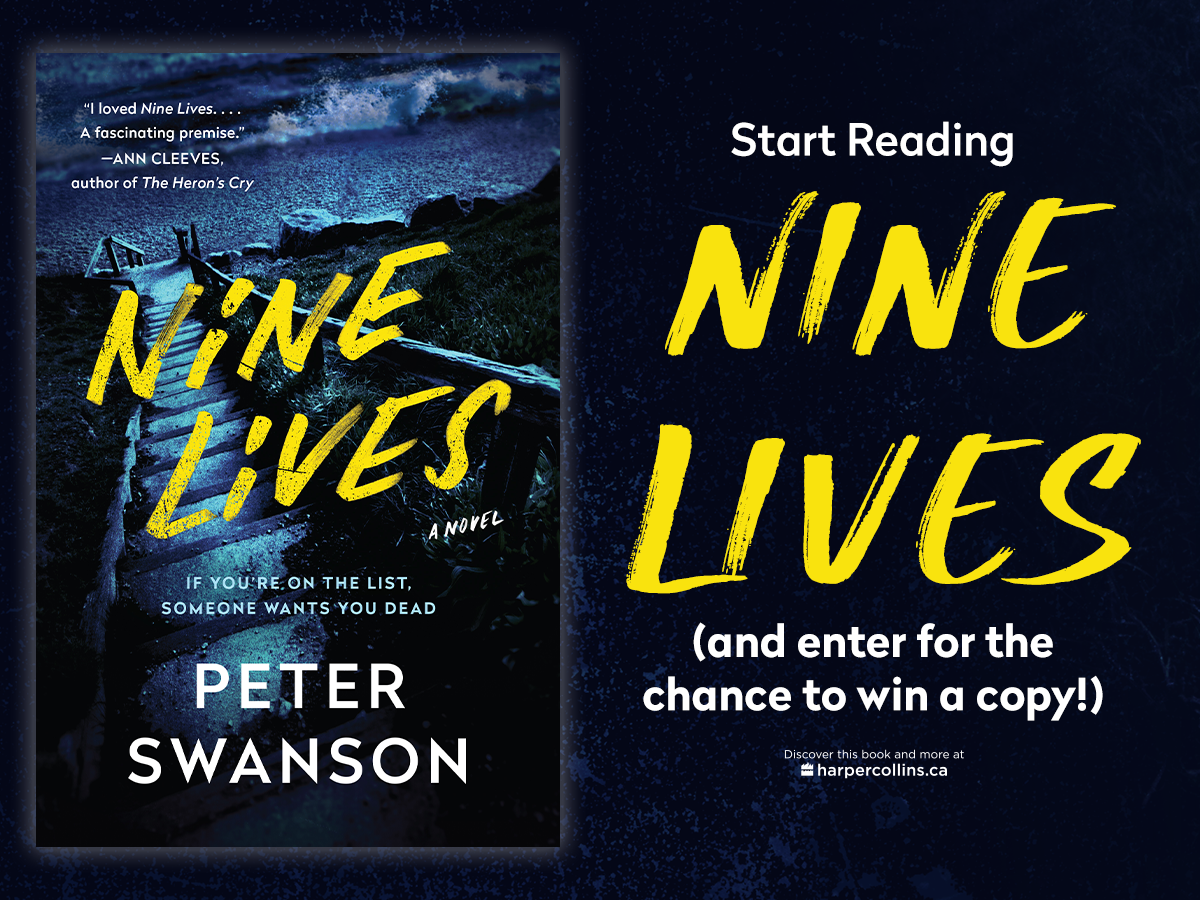 Jonathan Grant, unless he let her know ahead of time that he couldn’t make it, always visited on Wednesday evening. His wife had a standing “girl’s night out” on Wednesdays—occasionally in the city, but usually in New Jersey—so Jonathan would leave the office by five and be at Alison’s one-bedroom apartment in Gramercy Park by five-thirty at the latest.

Alison Horne was ready when the doorman buzzed up to let her know Jonathan was on his way.

She met him at the door, and he presented her with a bottle of Sancerre, a Bulgari scarf she didn’t think she’d ever wear, and that day’s mail that he’d picked up from the doorman. She started to flip through the mail, but he stopped her and led her to the bedroom. She was in a white satin robe—it was how he liked to be greeted—and she slid back onto her bed while he undressed. He looked great for a man in his early seventies, full head of hair, fairly trim, but the muscles in his chest and arms were beginning to sag. He slid next to her on the bed, already erect, and with the red mottled skin on his face and neck that was a telltale sign he’d taken some kind of ED pill as soon as he left the office. Sometimes he took it just after he arrived, in which case they’d drink the bottle of wine first while the pill kicked in.

Afterwards, while Jonathan dozed, Alison took her second shower of the day, then dressed as though they were going to go out for dinner later, although that hadn’t been confirmed. She opened the wine and poured herself a glass, then looked through her mail. Two catalogues, an Amex bill, and an envelope with no return address. She opened it, curious, and pulled out a single folded sheet of paper, and stared at a list of names.

She frowned and pressed the sheet of paper flat onto the coffee table, telling herself that she’d show it to Jonathan. A shiver went over her skin, and she shook out her limbs to make it stop. There was something vaguely threatening about receiving a list of names with no explanation. It occurred to her that it just might have something to do with Jonathan, currently dozing in her bedroom. Although she knew relatively little about him, considering the time they spent together, she did know that he had a lot of money. And people who have money usually have enemies. It made her wonder if he would recognize any of the names on the list, besides hers.

He’d emerged from the bedroom fully dressed, accepted a glass of wine, then looked at the sheet of paper Alison handed to him. “This mean anything to you?” she asked.

He handed the list back to Alison. She asked: “We going to dinner?”

“I would if I could, but I got roped into dinner uptown with some hedge fund guys. Sorry, Al.”

She shrugged. When they’d first begun this relationship—a year and a half ago—she used to make a fuss when he had to leave her. She did it for him, mostly, till she realized that he didn’t need those kinds of reassurances. He was in it for the sex and the company, and she was in it for the money, and, she supposed, the sex. Before he left, he gave her a prepaid Visa card, telling her it was an anniversary gift, in case she didn’t like the scarf.

“How much is on it?” she asked. Again, something she would never have asked when they were first together.

“I’ll let you be surprised. Don’t try to buy a car with it, though.”

After he left, Alison Horne called her best friend Doug and asked if he’d like to have dinner that night. On her.

Nine Lives will be available in bookstores across Canada and online on March 15, 2022. Click the button to learn more.