WILLIAM PING is a Chinese-Canadian writer from Newfoundland. After completing his Master of Arts at Memorial University in 2020, he was named a Fellow of the School of Graduate Studies. He received the 2022 Cox & Palmer Creative Writing Award as well as the 2021 Landfall Trust. His debut novel, Hollow Bamboo, which he wrote for his master’s degree, received the Award for Thesis Excellence from the English department. His work has previously been featured on the CBC, in Riddle Fence, and in the anthologies Us, Now and Hard Ticket. 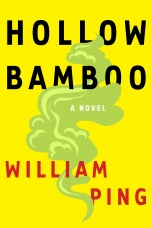