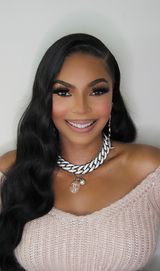 Ashanti is a Grammy® Award-winning singer-songwriter, actor, author, and philanthropist who over three decades has built a groundbreaking career in music, film, television, and beyond. She reigns as one of Billboard’s Top Females charting in each of the last three decades from 2000’s, 2010’s, and 2020’s. Her record-breaking self-titled debut album “Ashanti” celebrates its 20-year anniversary on April 2, 2022, and she is in the Guinness Book of World Records for the fastest selling female debut artist for this album. Throughout her career, Ashanti has sold over 27 million records worldwide. My Name Is a Story is her first book for children.