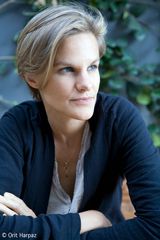 NICOLE LAPORTE is a former reporter for Variety, where she covered the Hollywood movie industry for several years. She wrote "The Rules of Hollywood" column for the Los Angeles Times Magazine and has written for The New Yorker, the New York Times, the New York Observer, W Magazine, and theDaily Beast.