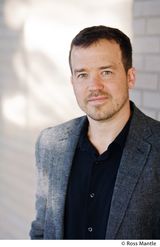 JONATHAN GOTTSCHALL teaches English at Washington & Jefferson College and is one of the leading figures in the movement toward a more scientific humanities. The author or editor of five scholarly books as well as The Storytelling Animal and The Professor in the Cage, Gottschall's work has been prominently featured in The New York Times Magazine, Scientific American, and The Chronicle of Higher Education, among others. Steven Pinker has called him "a brilliant young scholar" whose writing is "unfailingly clear, witty, and exciting."