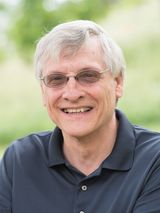 Christopher A. Hall previously served as the president of Renovaré, as the chancellor, provost, dean of Palmer Theological Seminary at Eastern University for twenty-four years, dean of the Templeton Honors College, distinguished professor of theology, and director of academic spiritual formation. He earned a B.A. from UCLA in history, an M.A. in biblical studies from Fuller Theological Seminary, a Th.M. from Regent College, and a Ph.D. from Drew University. He has served in the pastorate in France and in Canada, and was a member of the editorial board of Christianity Today. He and his wife Debbie reside in Philadelphia and have three children and two grandchildren.