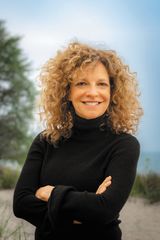 Diane L. Rosenfeld, JD, LLM, is a lecturer on law and the founding director of the Gender Vio­lence Program at Harvard Law School, where she has taught since 2004. Rosenfeld has appeared in major media outlets, including ABC’s Nightline; Deadline: Crime with Tamron Hall; Katie (with Katie Couric); CNN Headline News; Fox and Friends; the New York Times; the Washington Post; the Boston Globe; the Chi­cago Tribune; and NPR’s All Things Considered and Morning Edition. She is featured in the award winning documentaries The Hunting Ground; It Happened Here; and Rape Is . . . .

Rosenfeld served as the first senior counsel to the Office on Violence Against Women at the US Department of Justice and as an executive assistant attorney general in Illinois. She is the recipient of multiple awards for her teaching, mentoring, and change-making legal policy work.

She lives outside Boston with her husband and their dog.