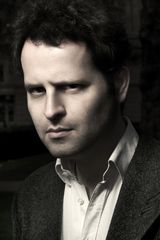 Adam Kay is an award-winning comedian and writer for TV and film. He previously worked for many years as a doctor. His first book, This Is Going to Hurt, spent more than a year at #1 on the Sunday Times bestseller list and has sold 2.5 million copies worldwide. It will be a major new comedy-drama for AMC (BBC in UK), for which Kay is the creator, writer, and executive producer. He lives in Oxfordshire, England.