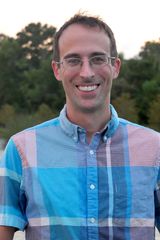 Steve Magness is a world-renowned expert on performance, coauthor of Peak Performance and The Passion Paradox, and the author of The Science of Running. He is the co-host of two podcasts: The Growth Equation podcast, with Brad Stulberg, and On Coaching with Magness and Marcus, with Jon Marcus. He has written for Runner’s World and Sports Illustrated, and he has been featured in The New Yorker, Wall Street Journal, the New York Times, Men’s Health, The Guardian, Business Insider, and ESPN The Magazine, and he has been featured on NPR and CNN International. Magness has served as a consultant and speaker for NASA, the Houston Rockets, Murphy Oil, the Brooklyn Nets, the Cleveland Guardians, the Seattle Sounders, the New Orleans Pelicans, Athletics New Zealand, Canadian Athletics, New Zealand High Performance, and more. He lives in Houston, Texas.