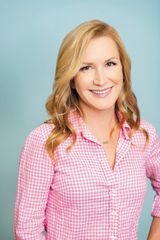 ANGELA KINSEY is best known for her portrayal of the feisty, head of accounting ‘Angela Martin’ on all nine seasons of The Office. She won a Daytime Emmy for her portrayal of Angela Martin in The Office: The Accountants webisode series. She can also be seen in the Netflix original movies, Tall Girl and Tall Girl 2 and the Netflix series Haters Back Off! as well as a lead role in the critically-acclaimed Hulu Original, Hotwives of Orlando and Hotwives of Vegas. Currently, she writes, produces, and co-hosts the “Office Ladies” podcast with Jenna Fischer.