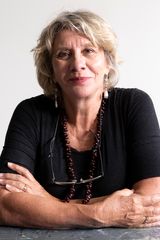 Julie Janson is a Burruberongal woman of Darug Aboriginal Nation. Her career as a playwright began when she wrote and directed plays in remote Australian Northern Territory Aboriginal communities. She is now a novelist and award-winning poet. She was corecipient of the 2016 Oodgeroo Noonuccal Poetry Prize and winner of the 2019 Judith Wright Poetry Prize. Julie’s novels include The Crocodile Hotel (2015), The Light Horse Ghost (2018), and This River of Bones (2022). She has written and produced plays, including two at Belvoir St Theatre in Sydney NSW, Black Mary and Gunjies Two Plays, published by Aboriginal Studies Press, 1996.