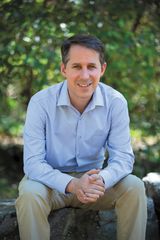 JEREMY M. WEINSTEIN went to Washington with President Obama in 2009. A key staffer in the White House, he foresaw how new technologies might remake the relationship between governments and citizens, and launched Obama’s Open Government Partnership. When Samantha Power was appointed US Ambassador to the United Nations, she brought Jeremy to New York, first as her chief of staff and then as her deputy. He returned to Stanford in 2015 as a professor of political science, where he now leads Stanford Impact Labs.