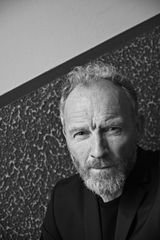 Jón Kalman Stefánsson’s novels have been nominated three times for the Nordic Council Prize for Literature and his novel Summer Light, and then Comes the Night received the Icelandic Prize for Literature in 2005. In 2011 he was awarded the prestigious P. O. Enquist Award. His books includeHeaven and Hell; The Sorrow of Angels, longlisted for the Independent Foreign Fiction Prize; The Heart of Man, winner of the Oxford-Weidenfeld Translation Prize; and Fish Have No Feet, which was longlisted for the Man Booker International Prize. He lives in Reykjavík, Iceland.