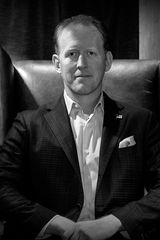 Robert O’Neill is one of the country’s most highly decorated Navy SEAL combat veterans, involved in our nation’s most strategic military campaigns, including the mission to kill Osama Bin Laden. By the time he was honorably discharged after almost 17 years of service, O’Neill held combat leadership roles in over 400 missions across four different theaters of war. Among his 52 decorations are two Silver Stars, four Bronze Stars with Valor, a Joint Service Commendation Medal with Valor, and three Presidential Unit citations. O’Neill is the author of The Operator, his New York Times bestselling account of his years as a SEAL and the hunt for Bin Laden. Today, he is a public speaker, security consultant, philanthropist and FOX News contributor. Through his charity, the Special Operators Transition Foundation, O’Neill works to raise awareness and financial support for special operations military personnel making the difficult transition from the battlefield to the boardroom. He is from Butte, Montana.