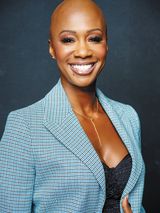 Dr. Imani J. Walker is a psychiatrist with a private practice in Southern California. She has been a guest commentator on Gawker, Grio, The Root, KTLA, Fox 5 Los Angeles, Essence magazine and other media outlets, and was named to Essence’s “Woke 100.”  She received her bachelor’s degree from Xavier University, her Master's in Science in Public Health from Tulane University, and her medical degree from New York College of Osteopathic Medicine. She lives in Los Angeles and is a cast member of Bravo’s Married to Medicine: Los Angeles, and the host of the new podcast Imani State of Mind.