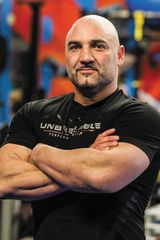 Born and raised in Manalapan, New Jersey, Jay Glazer got his start covering the New York Giants for the New York Post and the local cable channel, NY1. Prior to joining the Fox Sports family in 2004, he covered the NFL for CBS SportsLine and was an insider on CBS Sports’ The NFL Today.

Beyond his sports assignments, Glazer stars as himself in all five seasons of HBO’s Ballers In 2015, he and former U.S. Army Green Beret Nate Boyer founded the charitable organization MVP (Merging Vets and Players) to assist veterans and former professional athletes, who often faced a tough road adjusting to civilian life.