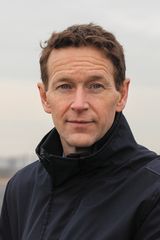 J. B. MacKinnon is an award-winning journalist whose work has appeared in the New Yorker, National Geographic, and the Atlantic, as well as the Best American Science and Nature Writing anthologies. He is also the author of four books of nonfiction, including the bestselling Plenty (with Alisa Smith), widely recognized as a catalyst of the local foods movement. He lives in Vancouver, Canada.