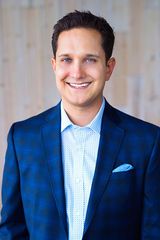 Jason Dorsey has been featured as a generational expert on 60 Minutes, The Early Show, and 200 more television interviews. His clients include many of the biggest brands in the world, from Four Seasons Hotels and Mercedes-Benz to Taco Bell and Discover. Dorsey has served on the board of both public and private companies, including Ultimate Software which was acquired for approximately $11 billion. As a keynote speaker, he has received more than 1,000 standing ovations around the world from audiences as large as 16,000.