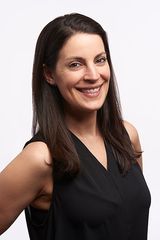 Margaret Kimball is an illustrator and writer whose graphic essays have appeared in Ecotone, Black Warrior Review, Copper Nickel, DIAGRAM, and other outlets. Her work has been listed as Notable in Best American Comics and she's been in residence at both Yaddo and MacDowell artists’ colonies. Her illustrations have appeared in Smithsonian Magazine, Bravery, the Boston Globe, and many major publications. She lives with her family in Indianapolis.