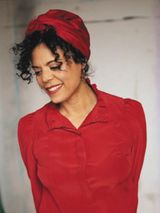 ANAIS GRANOFSKY is an actor, director, producer and writer. Best known for her role as Lucy Fernandez on Degrassi Junior High and Degrassi High, she has directed and starred in a number of films. She is also developing a fictional TV series loosely based on her childhood. The Girl in the Middle is Granofsky’s first book.