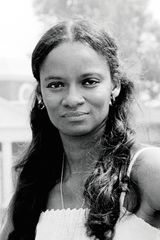 Barbara Chase-Riboud is the bestselling author one biography and six historical novels, including the internationally celebrated Sally Hemings. A distinguished poet who has published three collections, she won the Carl Sandburg Poetry Prize for Best American Poet for her second collection, Portrait of a Nude Women as Cleopatra, and her first collection, Memphis & Peking was edited by Toni Morrison and released to critical acclaim. She is also a celebrated artist, and the recipient of many fellowships and prizes. She was the first African American graduate of the School of Design and Architecture at Yale University in 1960, and received a knighthood in Arts and Letters from the French government in 1996. She lives in Paris, Rome, and New York.