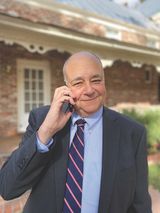 Alan Katz has written more than 40 highly acclaimed children’s books, including Take Me Out of the Bathtub and Other Silly Dilly Songs, The Day the Mustache Took Over, OOPS!, Really Stupid Stories for Really Smart Kids, and two Awesome Achievers titles. Alan has received many state awards for children’s literature, and he frequently visits schools across the country.