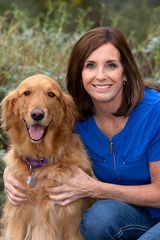 Colonel (retired) Martha McSally is the first female fighter pilot to fly in combat and first to command a fighter squadron in combat in United States history. During her twenty-six years in uniform, she deployed six times to the Middle East and Afghanistan, flying 325 combat hours in the A-10 Warthog attack plane and earning the Bronze Star and six Air Medals. She also proudly represented the people of Arizona in both the United States Senate and House of Representatives. Colonel (ret) McSally is a Distinguished Graduate of the U.S. Air Force Academy with two masters degrees. She is an avid animal lover and outdoorswoman, who climbs mountains, paraglides, runs, and hikes with her rescue Golden Retriever Boomer.