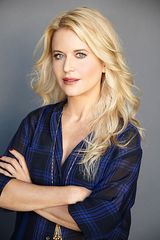 Christiane Lemieux is a serial entrepreneur. She is the founder of direct-to-consumer home furnishings brand, The Inside and also operates and designs her namesake lifestyle brand, Lemieux et Cie. The first company she founded, DwellStudio, sold to Wayfair in 2013, where Lemieux served as Wayfair’s Executive Creative Director until 2016. Additionally, she was a co-host and a judge on Ellen Degeneres’ HGTV furniture design competition show Ellen’s Design Challenge.

Lemieux authored her first book to critical acclaim in 2011, titled Undecorate and released her second best-selling book The Finer Things in 2016. Her most recent book focused on the new rules of entrepreneurship and business, Frictionless, goes on sale this June 2020. Lemieux is a frequent contributor to Architectural Digest, Apartment Therapy and other design media.

Lemieux has been listed as one of Fortune’s 2012 'Most Powerful Women Entrepreneurs, sits on the board of Every Mother Counts, and is a passionate philanthropist. She is a graduate of Parsons School of Design and Queen’s University in Canada and resides in New York City.