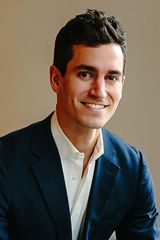 Michael O'Leary was on the founding team of Bain Capital’s social impact fund. Previously, he invested in consumer, industrial, and technology companies through Bain Capital’s private equity fund. He has served as an economic policy adviser in the United States Senate and on two presidential campaigns. Michael studied philosophy at Harvard College and earned his MBA from the Stanford Graduate School of Business. He lives in New York.