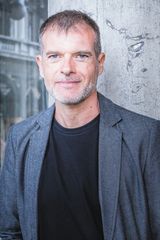 Stefano Massini (1975) is an internationally renowned novelist, essayist and playwright. His plays, including his celebrated The Lehman Trilogy, have been translated into twenty-four languages and staged by such directors as Luca Ronconi and the Oscar-winning Sam Mendes. Qualcosa sui Lehman has been among the most acclaimed novels published in Italy in recent years and won the Premio Selezione Campiello, the Premio Super Mondello, the Premio De Sica, the Prix Médicis Essai and the Prix Meilleur Livre Étranger. His other works include Dizionario inesistente (2018) and Ladies Football Club (2019).