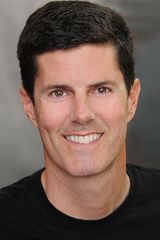 Tommy Butler was raised in Stamford, Connecticut, and has since called many places home, including New Hampshire, San Diego, Boston, New York City, and San Francisco. A graduate of Dartmouth College and Harvard Law School, he was a Peter Taylor Fellow at the Kenyon Review Writers Workshop and is an alumnus of the Screen-writers Colony. His feature screenplay, Etopia, was the winner of the Showtime Tony Cox Screenplay Competition at the Nantucket Film Festival.