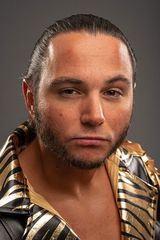 The Young Bucks is an American professional wrestling tag team, consisting of brothers Matt and Nick Massie (also known by their ring names Matt and Nick Jackson) from Southern California. They are currently a part of All Elite Wrestling (AEW), for which they made their TNT debut in October 2019 to millions of fans across the United States. They previously worked for various promotions on the independent circuit, most notably Total Nonstop Action Wrestling (TNA), New Japan Pro Wrestling (NJPW), Ring of Honor (ROH) and Pro Wrestling Guerrilla (PWG).