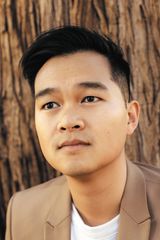 Jonny Sun is the best-selling author and illustrator of everyone’s a aliebn when ur a aliebn too and the illustrator of Gmorning, Gnight! by Lin-Manuel Miranda. He was a writer for the Emmy-nominated sixth season of the Netflix Original Series BoJack Horseman, and is currently writing a movie, a new book, and multiple other projects. As a doctoral candidate at MIT and a creative researcher at the Harvard metaLAB, he studies social media, virtual place, and online community. He has a master’s degree in architecture from Yale and a bachelor’s degree in engineering from the University of Toronto. TIME Magazine named him one of the 25 Most Influential People on the Internet of 2017, and in 2019, he was named to the Forbes 30 Under 30 list, and gave a TED Talk that has been viewed online over 3 million times.