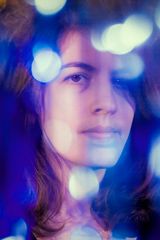 Claire Comstock-Gay has written horoscopes under the name “Madame Clairevoyant” since 2012—first for The Rumpus, then The Toast, and since 2016, for New York magazine’s The Cut. She has also written for the New York Times and has been featured on NPR’s On Point and Bitch Magazine’s Popaganda podcast. She lives in Minneapolis, Minnesota.