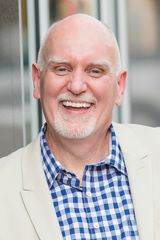 Chester Elton has spent two decades helping clients engage their employees to execute on strategy, vision, and values. In his provocative, inspiring and always entertaining talks, #1 bestselling leadership author Chester Elton provides real solutions to leaders looking to manage change, drive innovation, and lead a multi-generational workforce. Elton’s work is supported by research with more than 850,000 working adults, revealing the proven secrets behind high-performance cultures and teams. He has been called the “apostle of appreciation” by Canada’s Globe and Mail, “creative and refreshing‚” by the New York Times, and a “must read for modern managers” by CNN Elton is co-author of the New York Times and #1 USA Today and Wall Street Journal bestselling leadership books, All In, The Carrot Principle and The Best Team Wins. His books have been translated into more than 30 languages and have sold more than 1.5 million copies worldwide. Elton is often quoted in publications such as the Wall Street Journal, Washington Post, Fast Company and the New York Times. He has appeared on NBC’s Today, CNN, ABC, MSNBC, National Public Radio and CBS’s 60 Minutes. In 2017 Global Gurus research organization ranked him as #15 in the world’s top leadership experts and #10 in the world’s top organizational culture experts, and he is a member of Marshall Goldsmith’s 100 Coaches (MG100), pay it forward project. Elton is the co-founder of The Culture Works, a global training company and is a board member of Camp Corral, a non-profit for the children of wounded and fallen military heroes. He serves as a leadership consultant to firms such as American Express, AT&T, Avis Budget Group and Procter & Gamble. He is most proud, however, to be the father of four exceptional children-more exceptional now they’ve grown up and left home.