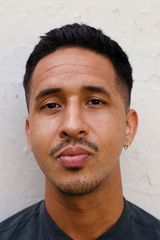 Based in Los Angeles, Walter Thompson-Hernández began his career with the New York Times in 2018 and reports for the paper’s multi-media reporting team covering subcultures and off-beat communities around the world. He has also written for NPR, Fusion, The Guardian, Remezcla, and other media outlets, and has reported from six continents and throughout the United States. He attended the University of Portland and received his Master’s degree in Latin American Studies from Stanford University. Before working for the New York Times he was enrolled in the U.C.L.A. Chicano Studies Ph.D. program.