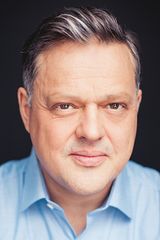 Eric Dupont is an author, teacher and translator from Montreal. His French-language novel La Logeuse won the Combats des livres. He was a finalist for both the Prix littéraire France-Québec and the Prix des cinq continents. He was the winner of the Prix littéraire des collégiens and the Prix des libraires. His fourth novel, The American Fiancee was on the 2018 Scotiabank Giller Prize shortlist and was a finalist for the 2018 Governor General's Literary Award for translation.