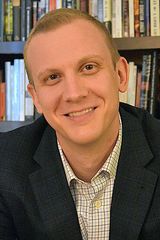 Tim Alberta is chief political correspondent for Politico Magazine, and has reported for National Review, National Journal, The Hotline, and the Wall Street Journal. His work has been featured in dozens of major publications, including Sports Illustrated and The Atlantic, and he frequently appears as a commentator on political television programs. He lives with his wife and three sons in Falls Church, Virginia.