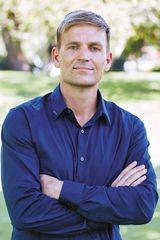 Trevor Moawad, the President of Moawad Consulting Group and the CEO and co-founder of Limitless Minds, is a mental conditioning coach to elite performers. He has worked closely with prestigious NCAA football programs and coaches and been part of eight national championship games. Additionally, Moawad has supported the U.S. Special Operations community, Major League Baseball, the NBA, UFC, and many other elite professionals. He has been featured in both sports and mainstream media, including Sports Illustrated, USA Today, ESPN, Fox Sports, and NPR. He lives in Scottsdale, Arizona.