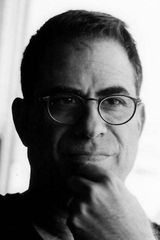 ETHAN MICHAELI is the author of The Defender: How the Legendary Black Newspaper Changed America—named a Notable Book of the Year by the New York Times and the Washington Post, a winner of Best Nonfiction prizes from both the Chicago Writers Association and the Society of Midland Authors, and short-listed for the Mark Lynton History Prize presented by the Columbia University Graduate School of Journalism. Previously, Ethan founded Residents’ Journal, a magazine written and produced by the tenants of Chicago’s public housing developments and an affiliated not-for-profit organization, We the People Media. Currently a lecturer at the University of Chicago Harris School of Public Policy, he is also a senior adviser for communications and development at the Goldin Institute, an international not-for-profit organization collaborating with social change activists in forty different countries. Ethan has served as a judge of national literary contests, and his shorter work has been published by Oxford University Press, the Washington Post, The Atlantic, the Forward, the Chicago Tribune, and other venues.