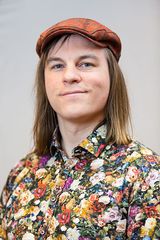 Frank Martela, PhD, is a philosopher and researcher of psychology specializing in the question of meaning in life. His articles have appeared in Scientific American Mind and Salon and his work has been featured on Quartz and on the BBC. His research has been published extensively in numerous academic journals such as Journal of Personality, Journal of Positive Psychology, Journal of Happiness Studies, Metaphilosophy, Southern Journal of Philosophy, Motivation & Emotion, and Organization Studies. He has spoken to more than one hundred audiences worldwide, including invited lectures in universities on four continents, including Stanford University and Harvard University. He’s been interviewed by the New York Times, Fitness, Vice News, and Monocle Observer among others. He is based at Aalto University in Helsinki. frankmartela.com; Twitter: @f_Martela