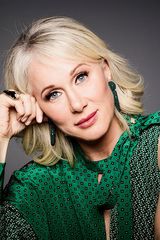 For more than 25 years, Pauline Brown has acquired, built, and led global luxury brands. In January of 2016, she joined the faculty of the Harvard Business School, where she introduced a new course for graduate students, called “The Business of Aesthetics.” Since 2016, she also has been hosting a weekly talk show on SiriusXM, called “Tastemakers,” on which she interviews business leaders, innovators, and influencers in creative sectors. Prior to her career as a writer, speaker, and lecturer, Pauline was the Chairman of North America for the world’s leading luxury goods company, LVMH Moët Hennessy Louis Vuitton, where she provided regional leadership for 70 brands in 5 sectors, including fashion & leather goods, watches & jewelry, perfumes & cosmetics, wines & spirits, and selective retailing. While at LVMH, Pauline also served on the Board of Directors of L Capital, a private equity fund backed by LVMH, as well as the Boards of several LVMH subsidiaries, including Donna Karan, Marc Jacobs, and Fresh Cosmetics.