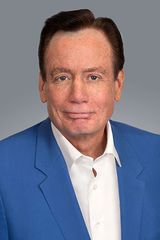 Dr. Gallagher is the longest-standing American member of the International Association of Exorcists since its founding in the early 1990s. For a number of years, he served as scientific adviser on its governing council as the only layman and sole psychiatrist. He has also helped train major groups of exorcists in the United States in distinguishing possession cases and other diabolic attacks from medical and psychiatric pathology.