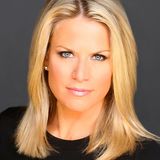 Martha MacCallum is anchor and executive editor of The Story with Martha MacCallum, seen Monday through Friday on Fox News. She is also co-anchor of Fox News Election coverage, moderating town halls and debates with the presidential candidates, alongside Bret Baier and Chris Wallace. Prior to becoming anchor of The Story, MacCallum anchored, “The First 100 Days,” reporting nightly on the first months of the Trump administration and interviewing the President on his 100th Day. She has covered presidential and mid-term elections for Fox News since 2004, as well as extensive reporting from the field on the primary races across the country. MacCallum has reported from Normandy, France during the 75th Anniversary of D-Day, and from Iwo Jima’s “Reunion of Honor.” Prior to Fox News, MacCallum was an award winning reporter for CNBC, covering homeland security and the US economy, and a reporter/producer for Wall Street Journal Television.