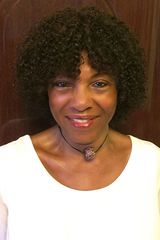 Margaret Busby OBE was born in Ghana and educated in Britain. She co-founded Allison & Busby, publishing C.L.R. James, Buchi Emecheta, Nuruddin Farah amongst many others, and became Director of Earthscan. She has been a literary awards judge, including the Caine, Baileys and Commonwealth prizes, served on the boards of PEN, Wasafiri and the Royal Literary Fund, and collected many honors, including the 2015 Henry Swanzy Award. She lives in London.