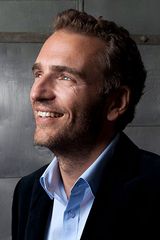 Alexandre Mars is the founder of Epic, a charitable giving platform, through which he has enable some of the world’s largest organizations—L’oreal, Dior, Giphy—to give more. Before Epic, Mars was a serial entrepreneur who launched and sold several start-ups. In 2014 he began a venture capital fund, blisce/. But now Mars now dedicates 90% of his time to Epic and spreading the joy of giving.