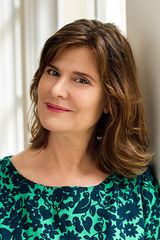 Dr. Jill Blakeway is the founder and director of The YinOva Center in New York City and the coauthor of the bestselling Making Babies: A Proven 3 Month Program for Maximum Fertility (Little, Brown 2009). She is also the author of Sex Again: Recharging Your Libido (Workman 2013), and the host of CBS Radio’s popular weekly podcast, “Grow, Cook, Heal”.  Blakeway teaches gynecology and obstetrics at the Doctoral Program at Pacific College of Oriental Medicine in San Diego and Chicago and founded the acupuncture program at NYC Lutheran Medical Center.  She is an authority on alternative medicine and women’s health and has appeared in such media as The Dr. Oz Show, CNN, The Early Show, Good Morning America, NBC News, ABC News, The New York Times, Elle, Martha Stewart Living and more.  She was also the first acupuncturist to deliver a TED Talk called “The Placebo Effect” at TED Global in 2012.