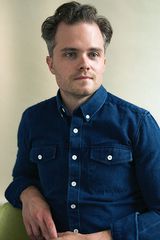 Ian Frisch has written for The New Yorker, The New York Times, The Washington Post Magazine, Bloomberg Businessweek, Playboy, Wired, and Vice. He has appeared on Bloomberg Television and speaks regularly at universities both about writing and entrepreneurship, and was a finalist for the 2016 Associated Press Sports Editors Explanatory Award. He lives in Brooklyn, New York.