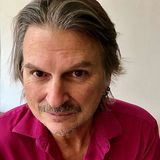 Frazier Moore is a charter-member fan of Family Guy. During a quarter-century as Television Critic for The Associated Press he wrote frequently about the show and the creative team that brings the Griffins to life, reaching back to 1999 and the series' debut episode, which he greeted as "hilarious." Prior to the AP and enjoying Family Guy, Moore wrote for publications including The New York Times, Spy magazine, Interview, People and TV Guide, and was an arts and feature writer for The Atlanta Constitution.