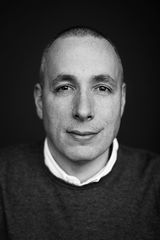 Dan Peres was editor in chief of Details for fifteen years, starting

in 2000, when the title relaunched under his leadership. During his

tenure, the magazine won many awards, including two National

Magazine Awards. Before taking the editorship of Details, Dan

London, and Milan. While in college, he worked as a copy boy at

the New York Times and later as a research assistant at Esquire. He

is the author of Details Men’s Style Manual. He lives in New York

and has three sons.