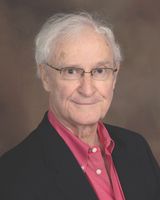 Richard Jackson is an editor and author. He says: “Akaraka is a word in the Igbo language; a meaningful word to the Igbo-speaking people of southwestern Nigeria. It refers to marks on a person’s hand that spell out that person’s fate or destiny. At the time she  used it, in 1997, my granddaughter, Kelsey Albert, then three years old, couldn’t have realized this. She liked the sound, as do I for this story, in which my role is played by her father. I am now a writer, not a raker. I’ve published seven books for young people, among them This Beautiful Day, illustrated by Suzy Lee, and In Plain Sight, which was illustrated by Jerry Pinkney and awarded a Coretta Scott King Honor for illustration.”